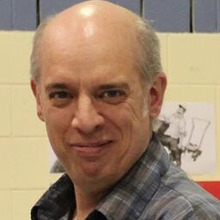 Denis Rodier has worked on such world famous characters as Batman, Captain America and Wonder Woman, to name but a few. It was his stellar work on SUPERMAN, however, that garnered Rodier his greatest acclaim, especially on the award winning ”Death of Superman” story arc, to this day, still considered the best seller in the comic book / trade-paperback category.

Since 2008, Denis has mainly worked with European publishers. His first offering is L’Ordre des Dragons books with writer Jean-Luc Istin for SOLEIL/DELCOURTwith its follow up, L’Apogée des Dragons, this time with Éric Corbeyran as a collaborator.

After finishing a LENIN biography for GLÉNAT, Denis completes Maelstrom (now called Arale and published by DARGAUD) with the help of writer Tristan Roulot. La Bombe (Glénat), a 450 pages documentary graphic novel about the making of the A bomb, is published in 2020 with writers Didier Alcante and Laurent-Frédéric Bollée. Télérama hails it as a reference on the subject and the book after being reprinted many times is due to be translated into then langages.

His work has been exhibited in New York, Rome, Belgium, Trois-Rivières and the Québec Museum of Art.

For many years, Denis has constantly been a part of musical projects as a percussionist. Around the year 2000, he starts the Specimen13 band which sees some of the best of Quebec’s musicians within its ranks, namely: Donald Fleurent and Martin Vanier (Talisma), Michel Blanchet (Mystick, Eila) and Gaston Gagnon (Garolou). For their first CD, Echosystem (created as a duet with guitarist Martin Vanier), Specimen13 have joined forces with some of rock’s most prolific and notable living legends…..Tony Levin (Peter Gabriel, King Crimson, Pink Floyd, John Lennon) on the Chapman Stick…Pat Mastelotto (King Crimson, Mr.Mister, XTC, Rembrandts) on drums… Trey Gunn (King Crimson, John Paul Jones, David Sylvian/Robert Fripp) on Warr guitar and Markus Reuter (The Crimson Project, Stick Men, Tuner) on the U8 Touch guitar. 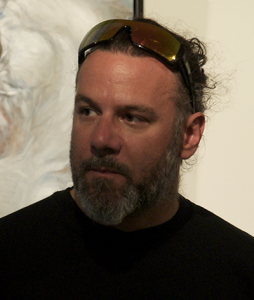