“Art for Art’s sake? Money for God’s sake” as the song goes.

This line we dance on is thinner than anyone can imagine. Are you in it for the money or passion? Are you an Artist or just a Hack?

As any quick perusal of YouTube commentaries will tell you, we live in a world where the quick dismissive epithet is king; one where we define ourselves more the stuff we hate than what we like. And what better way to convince others of our idol’s awesomeness than by pouring scorn on the “competitor’s” art.

Many, many times, my work has been dismissed because the character I drew, Superman, wasn’t a personal creation or because it was the result of teamwork (we were on a monthly schedule). Whatever. 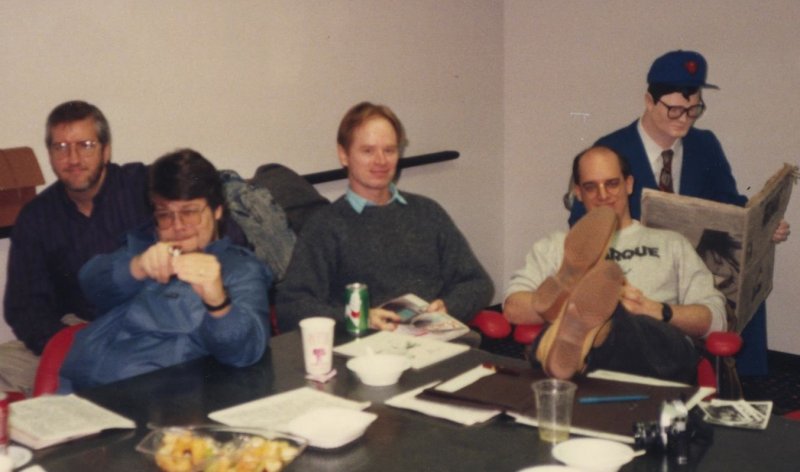 I find great irony in some people dismissing some artists as hacks while applauding others as being Authors, artists like, say, Stanley Kubrick. Kubrick, one of the greatest artists in movies! Could he have been a Hack?

Let’s think about it for a minute. For some, to be deemed an Author, you must be the SOLE creator of the work. But didn’t Kubrick work from a Stephen King novel for The Shining? Didn’t he have someone else as a cameraman, lighting director and set designer? Didn’t he have other people acting? Didn’t he use Ligeti’s music? Is it possible that none of those persons have had any creative input resulting in the final movie?

What makes Kubrick an Author and not so easy to dismiss as a hack? Maybe it’s because he was British and away from the evils of Hollywood? Well, it was done under contract with Warner Brothers. Could it be because he had final say on the final cut? For this one, just re-read the answer to the previous question.

You draw your own conclusions; one can spend days splitting hairs, but either way it doesn’t detract from Kubrick or The Shining’s artistic merit.

And then, there’s Money. You may be deemed a Hack if you’re too successful at what you do. Remember that receiving a proper share of the earnings from your work is a sure way to lose your street creds. In our romanticized view of art, artists need to be penniless, die of overdose or commit suicide, preferably on stage (get extra points for combining each options). THEN, we should let the corporation make millions with the sales of t-shirts.

In the end, and as Zappa pointed out, it’s good as long as it’s entertaining. However profound and difficult, if a work of art isn’t entertaining, it becomes boring and ultimately worthless because it doesn’t reach anybody. It might shock you, it might amuse you, it might provoke deep feelings of longing, but questioning the validity of the work by only considering the artist’s motives is besides the point. Does it really matter if the artist drives a Ferrari?

Well it does and it should, but to the artist alone. Is the artist creating with passion even if he’s being hired by a soap company? Why not? The only time the artist should really question himself is when cynicism takes over while artistic expression and creativity drops from the equation.

It goes down to honesty.