Just recently, Lee Fletcher, musician, record producer, arranger, songwriter, mix engineer and the mastering maestro behind our Echosystem release, was presented with the ‘Best Producer 2012’ award at the second annual South West Music Awards. And since the first part of this interview was posted (stop the presses!), Lee’s own album “Faith in Worthless Things” has just been nominated Best Album of 2012 by the folks at Progopolis. It’s about time we read part II of this interview and learn more about the guy. 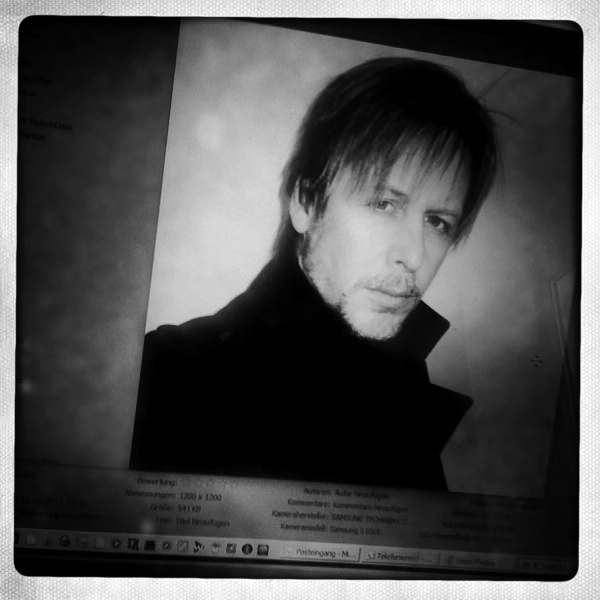 S13 – You touch on all those technical and creative aspects of both audio and video. Do you feel the need to do it all to fully express yourself or do you just easily get bored?

It’s a little of both! Having a broad range of technical abilities allows me to be more independent and (sometimes) get more work. But there’s no master plan – I’m just a naturally curious person who’s interested in a lot of stuff, and yes I have a relatively low boredom threshold (laughs) Besides, most of these skills are good bedfellows that naturally complement one-another, so I don’t tend to separate them out in my mind unless I’m writing a CV or bio. This extends to my video / film work too – I’ve always been a visually minded guy, even in the way I think about music, so framing and editing shots is a lot like writing, arranging, and recording music…

There’s no burning desire to delve into anything else, but who knows what’s around the corner? As a child I wanted to be a comic book artist, then a graphic designer, but got seduced by music… I still do a little graphic design and photography, though I don’t publish much of it. Lisa (my wife and musical partner) recently began acting and I’m sure this is something I’d enjoy but there’s no space in my life for something that demanding. Besides, I’m quite shy really!

S13 – You’ve been quite vocal about the so called “Loudness War” so obviously, you care very much about the sonic quality of recorded music. Do you feel the trend toward the “democratization of music producing” (i.e. the fall of the big studios) will inevitably lead us toward poorer sounding music in general?

Hmm, it’s true to say that there are a lot more ‘homemade’ records out there now, and whilst I embrace the creative freedoms that this signifies many of them do sound pretty bad, (from a technical / audio production perspective). Being a great player or composer, or whatever, doesn’t necessarily make one a good producer / engineer. However there are a lot of folks that tick every box. But stepping back from your question slightly I see the “democratization of music producing” (as you put it) as something that is largely good for all, with independent producers / writers like myself potentially having a much larger creative pool in which to work / play. As for the dreaded “loudness war” thing, which – you’re quite correct – I’ve been very vocal about: This largely stemmed from supposed high-budget / big studio / label recordings, and many folks figured this was how records ‘should’ sound because it’s what they were hearing on the radio, TV, etc. A vicious-cycle ensued, but there’s only so far you can go with that approach until you max-out all your options, (and in the process kill the music). Thankfully I do see evidence of the trend slowly but surely turning as people become better educated. Plus there have been some pretty awful remasters in recent years, and I think the (non music making) public are beginning to realise that louder isn’t always (or ever?) better. People are inherently smart, and eventually they see through the marketing, even if it takes a little time… (laughs)

S13 – How do you fight cynicism? How do you keep your enthusiasm towards your work and the music business?

If I relied upon others to fire me up creatively then I probably wouldn’t be doing this. There is cynicism everywhere, more-so perhaps than ever before. I’m not exempt myself, and certainly take a cynical view towards many of the “norms” that are thrust upon us by society-at-large… However the impulse to create is a purer, simpler compulsion, at least it is for me. My enthusiasm comes from a child-like wonder that still burns inside me and a fascination for the ‘magic’ of music – In this sense I’ve never quite “grown up”, and long may it continue!

Congratulation to Lee for his well deserved awards.