You know what they say about Fast, Cheap and Great? That you can only pick two. You’ve guessed it, as independents, we don’t have any money and since we want to create something great, it won’t be as fast as we’d hope.

The plan was to take on another comic book series, but I’ve come to the conclusion that, although it would make my finances better, it would probably stop the S13 project dead in its tracks. “Qui ne risque rien, n’a rien” as we say in french. As an aside, when I tried to find an english equivalent to this saying (and saw that it’s “Nothing ventured, nothing gained”. D’oh, I knew that), I stumbled upon that quote:

“The person who risks nothing, does nothing, has nothing, is nothing, and becomes nothing. He may avoid suffering and sorrow, but he simply cannot learn and feel and change and grow and love and live.”

Sounds good, although it doesn’t prevent many sleepless nights. In short, the plan is to try to pace ourselves in our risk taking. 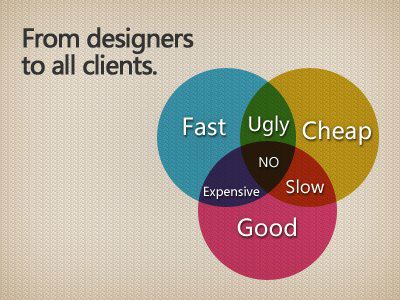