Specimen13 is gearing up to record some brand new music this summer and a much smoother ride is expected. It used to be kinda bumpy…

The first stages of the creation of the Echosystem EP could easily have been called hectic if not downright chaotic. Mart and I started out recording our music just for fun at the moment where you either had the choice recording in a big studio ($100 / hr, wayyy too steep for us), buy the Pro Tools system ($10 000 at the time) or buy MOTU’s Digital Performer. In those days, DP was the only alternative I was aware of for recording audio digitally on a Mac.

By the time we presented our demos to Bill Munyon (half of BPM&M with Pat Mastelotto), it was in much better shape than one might deduce from our shoestring and duct tape setup. Mart had tweaked his guitar parts to perfection and his recorded tracks were spectacular. However, our drum recording setup was virtually inexistent. My drum were performed using my Roland TD20 V-Drums and recorded as MIDI tracks; this way Bill could replace the drum sounds with more natural samples. 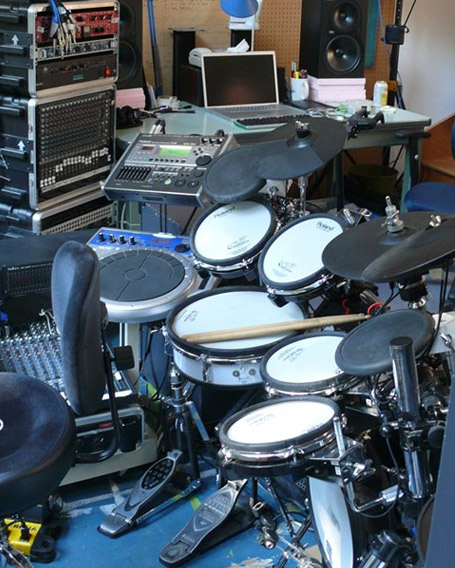 The Specimen13 sound was certainly not set in stone at the time (in many ways, it’s still evolving) and we had the option of going fully with electronic sounds or as was my plan, have friends step in and fill in the gaps. With Bill behind the glass, Pat Mastelotto recorded new drum tracks, but contrary to what I expected, Pat did not re-record my tracks; he left mine in and added to it. 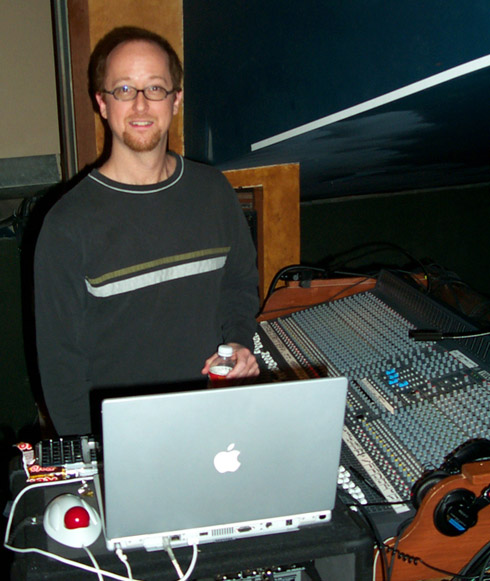 Once Tony Levin and Trey Gunn added their bit, the picture that started to form was getting really impressive.

Then, our heart sank. Bill took a “real” job as a sound designer for the Mighty House of the Mouse, Disney and it was expected to take many, many months; no time left to do extra work. As happy as we were for him and his good fortune, we had to sit and wait. Who could we ask that had the same vision and understanding of the project?

This is when Markus Reuter entered the picture. I had contacted Markus earlier to do some recordings as we really liked what he and Pat did as TUNER, but Bill going on to greener pastures put a hold on everything. After a while, Markus took pity on us poor souls, and suggested helping us finish the project. So, with Bill’s blessing, we went back in full production mode with Markus at the helm. As luck would have it, I met Adrian Benavides (partner in Unsung Productions with Markus) at the Three of a Perfect Pair Camp were he was helping Pat. He gathered what Bill had done and dropped by the Studio for a couple of days to discuss and plan the work ahead.

Thanks to Bill’s generosity and Unsung Productions’ awesome work, S13 really took flight at that moment.

Now we don’t expect as many bumps in the road for the next recordings. Already, Adrian Benavides has booked flights to land in Rodier Studio to sort out our demos and do some basic recordings. We will take the time to do it right; we don’t want to rush into things and come up with half baked music, but producing the last EP has put us all on the same page and the path ahead is clearer.