It used to be called the Double Trio because for a while, Stick Men joined forces with the Adrian Belew Power Trio for a series of concerts. Stickmen started with their regular (albeit shortened) set, to be followed by the Adrian Belew Power Trio who did the same. The third part featured all of them together on stage performing King Crimson classics.

This time, it’s all Crim! It’s the closest you’ll ever going to get from a King Crimson concert.

And as you may know, I did the poster and t-shirt for the first double trio concert series. Here is the poster. 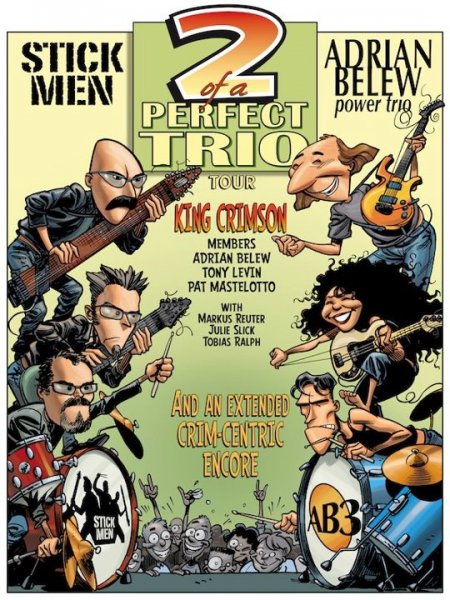