STICK MEN is a band that sometimes seems to fly below the radar of most prog fans and that’s a crime. Call me biased (and I most probably am), but solid musicianship coupled with inventiveness should be the definition of “progressive” rock, isn’t it?

To Martin and I, they proved they were allowed to wear that badge proudly once again last Friday when they visited Montreal as part of their ongoing DEEP Tour. A no frills, no bull display of musical prowess as only a few bands can pull off. To top it off, I’d say these are some of the nicest people I know.

Yeah, I kinda dig that band.

But here, in the second part of our interview, Markus tells us more about this truly original band and their latest release, DEEP.

How do you see your role in Stick Men?

I’m mostly have the guitarist role in the trio and we share the composition duties. We’ve grown quite a bit as a band in the past two years, I think, and I’m hoping we can take both the live shows and the compositions even further. 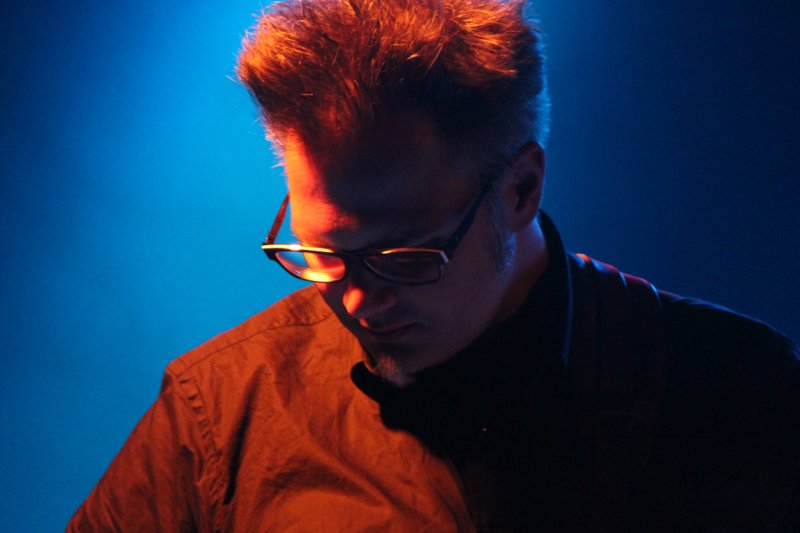 In what way do you feel your contribution differs from Michael Bernier’s?

I’d rather leave that up to others. Being a part of the band it’s hard to see it from the outside and to draw conclusions. I’m extremely self-critical, too, which doesn’t help seeing things clearly.

With King Crimson alumni Tony and Pat as your bandmates, do you feel something beyond the mere influence of this seminal band? In other words, is King Crimson’s “Way of Doing Things” now applicable to Stick Men’s framework?

I don’t think like that. What is King Crimson’s “way of doing things” anyway? I think there is a lot projected onto and into King Crimson. If there is one thing I have learned in my life it’s “things are not as they seem”. So really, all I can do is to try to be the “best” I can be at any given moment, but without forcing anything.

Is Stick Men’s heavy touring schedule a reaction to the transformations in the music business?

Both Tony and Pat have been touring heavily for most of their professional life, as far as I understand. We are required to play a lot to make a living, but it’s not like we couldn’t and wouldn’t want to work more. We just love playing.

Stick Men has utilized crowdfunding via Pledge Music to fund their new album, Deep. What are the advantages of using this method for both you and your fans?

I am undecided about it, but it seems to be the logical step for creative arts. It’s still strange to me emotionally, but I’m learning. People need to understand that they are not buying a product anymore, but that the “product” they get in return is more of a symbolic gesture, a “thank you” for them making the process more possible.

In the case of the campaigns for both DEEP and Todmorden 513 I really enjoyed the close interaction with the pledgers.

At the time of this writing, there are still a few shows left in the STICK MEN DEEP Tour.

In a later blog post, I hope to tell you more about Specimen13’s link with them and how these three talented musicians helped bring our own Echosystem project to life.