I won’t bother you with the oft related highs and lows of 2013, you’ve read all about it here, but it’s difficult not to look back and be amazed at the generous response to the S13 graphic novel related Kickstarter campaign. It appears that there’s only a 13% success rate in this price bracket. I may have hesitated if I’d known that beforehand.

OK, enough. You’re probably sick and tired of the subject by now. New year’s resolution: only talk about the work, not the campaign that helped start it.

…but just in case you’d fancy seeing all the time-lapse videos I did during the campaign, just go to my YoutTube channel. (Bang! Resolution broken! A world record, no doubt.) 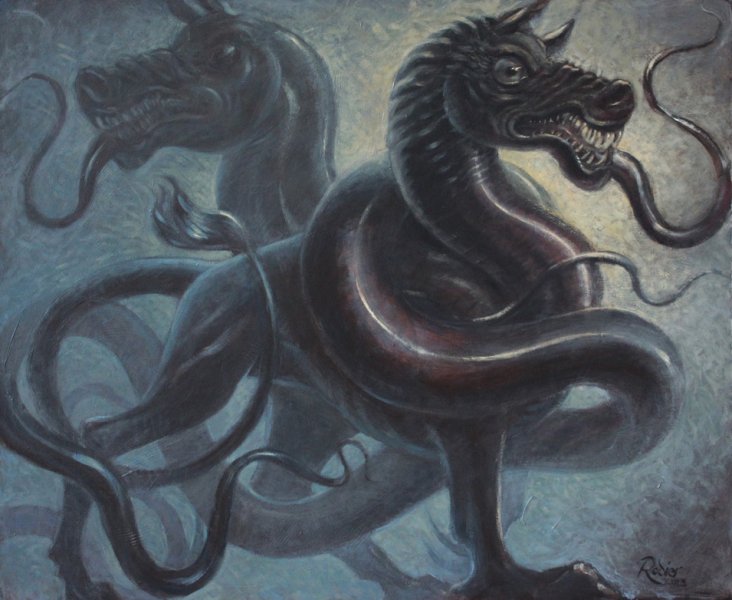 More down to earth, I’ve done a couple of CD packages during the year, most notably for an upcoming release from our dear friend Pat Mastelotto is recording with Tobias Ralph from the Adrian Belew Power Trio. More news when it comes out, but all I can say is that drum fan will be floored.

And what did Martin do in 2013? He played guitar! All the while, filling my inbox with loads of new riffs and ideas. The guy can’t stop and I’m barely keeping pace. Gotta retaliate with riffs and beats of my own! Yaaaarrh! 😉

But for 2014, there’s a lot of work in front of us and honestly, it’s a bit daunting. What gives us a clear boost in confidence however is all the accolades for our first EP, ECHOSYSTEM that keep on coming. Just these past few days, it has been featured in the Favourite Albums of 2013 list of the Progressive Geographies Blog and made it to #3 on the Prog Montreal Top Ten of 2013!