Buried under work as I am, I have to say no to most of the extra work I’m being offered. However, some are really hard to pass.

One of these is coming from Pat Mastelotto who is doing the old one-two punch by releasing an EP with a full CD following immediately after.

Everybody will tell you that Pat is a creative powerhouse and a joy to work with and it’s easy to understand why; his enthusiasm is contagious. So when he asks for cover artwork and to top it off it’s for a recording of drums centric music featuring him and Crimson ProjeKCt partner Tobias Ralph? Heck, I’m in!

So here’s the result: the RaMa EP (its sister CD ToPaRaMa will be in a later post). 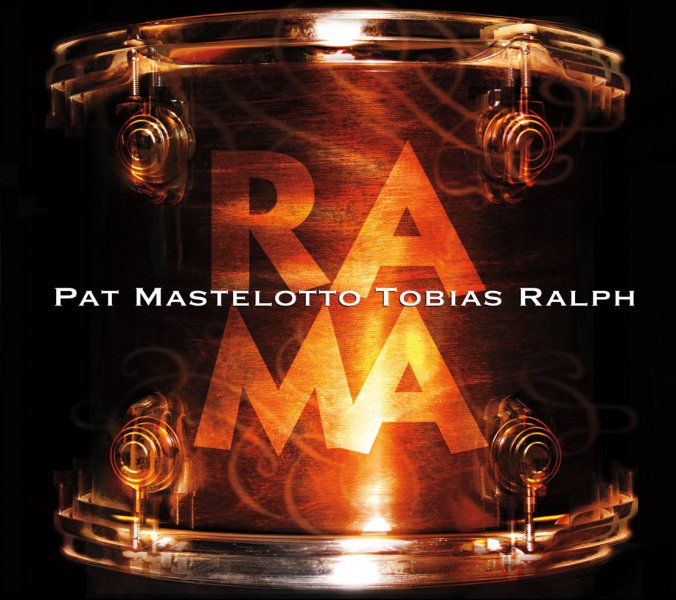 Yes, they look like siamese twins, but that’s the point. The RaMa EP is an appetizer leading to the full ToPaRaMa CD (available from Trey Gunn’s 7d Media label in June) and it was important to show the continuity; to show that it was two stages in the same work in progress.

The music? I like to describe it as King Crimson’s B’Boom on steroid. And while it’s definitely a “drummer’s album”, it doesn’t veers into never ending drum solos, thanks to
the extra melodic help from Markus Reuter, Roy Powell, Lorenzo Feliciati, Tony Levin, Angelica Sanchez, David Rothenberg, Bernhard Wöstheinrich, Leashya Padma-Munyon, Bill Munyon, and Robert Fisher. Rounding off the sonic team is our buddy Lee Fletcher at the mastering helm.

In retrospect, I’m quite happy to have accepted this extra load.

I love my job!