La Bombe: a new video telling us more about the making the bomb.

This time, the making of La Bombe tells us more about the research needed for a non-fiction graphic novel such as La Bombe. .

Scientific guidance was provided by Michel Decré. He made sure we properly explained the the physics of the atomic reaction and the technology needed for the A bomb. Needless to say, his help was more than welcomed and we can’t thank him enough for the help he brought us.

And contrary to what a lot of people think, Einstein wasn’t much involved in the making of the bomb. Here he is. 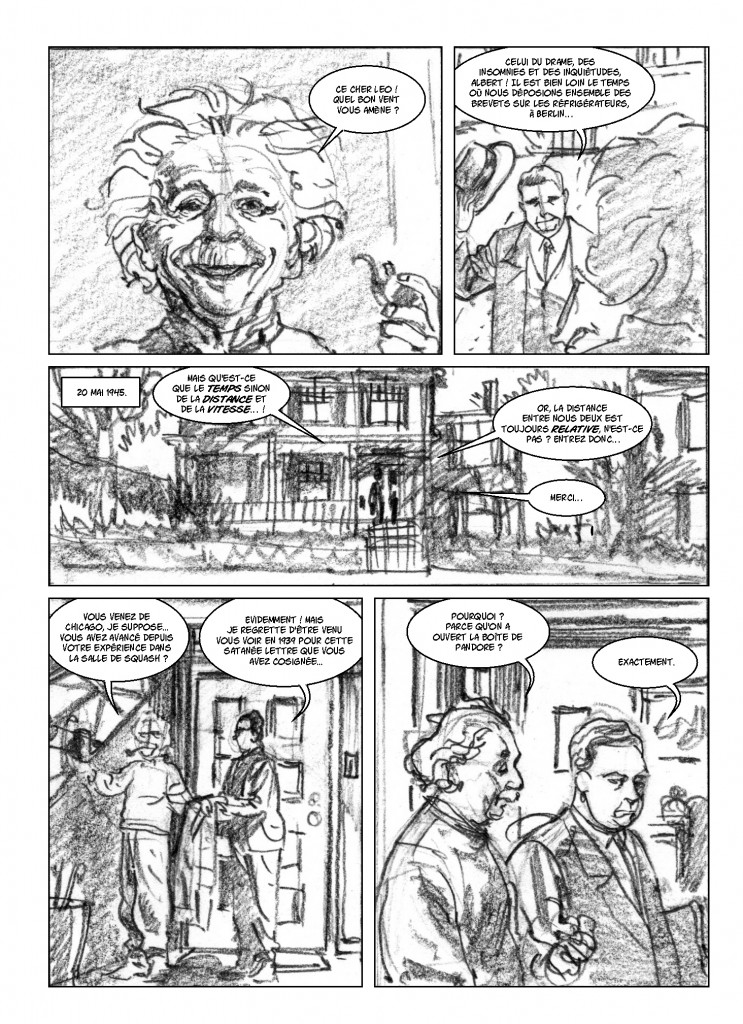 La BOMBE, a graphic novel created with Didier Alcante and Laurent-Frédéric Bollée will be published (in French) on March 4 2020 (6 weeks later in Quebec). We are in talks with different publishers to have it translated in English as soon as possible.