Here’s the second half of the “big” layout. I waited until now to show you the thumbnail sketch. Trying to avoiding a spoiler, here.

To me, it still works as two single page as both halves show the character answering each other. It’s as if the first half is one character speaking and the second one is the other’s answer.

Not that it changes much for the web reading, but as you know I’m thinking ahead and planning the pages in both single landscape and double / vertical format for an eventual “paper edition”. Note that the special Kickstarter Edition will be in a “landscape” format. 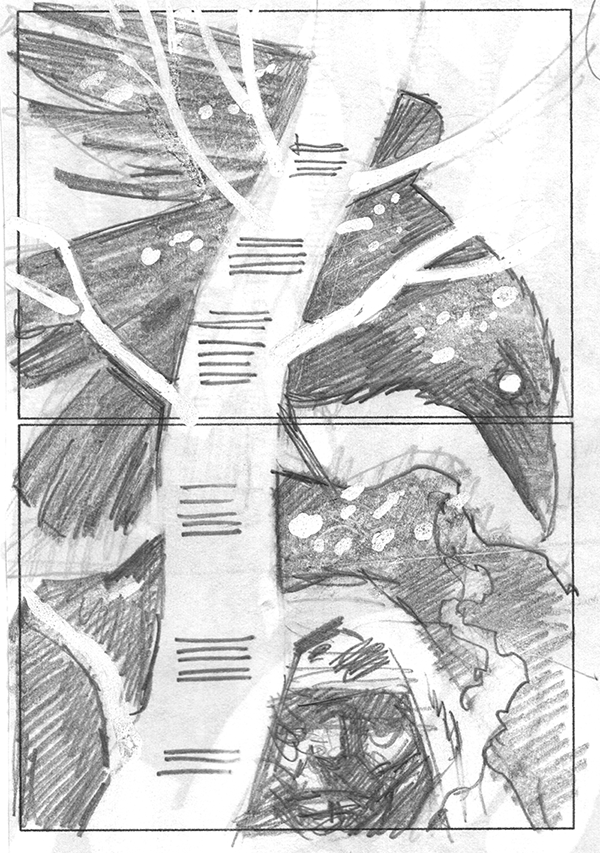 In this sketch, it became obvious that cutting off the raven’s beak was a mistake, so I modified the layout a bit in Photoshop and printed in blue on the final board without much fuss. Here are photos of both parts. 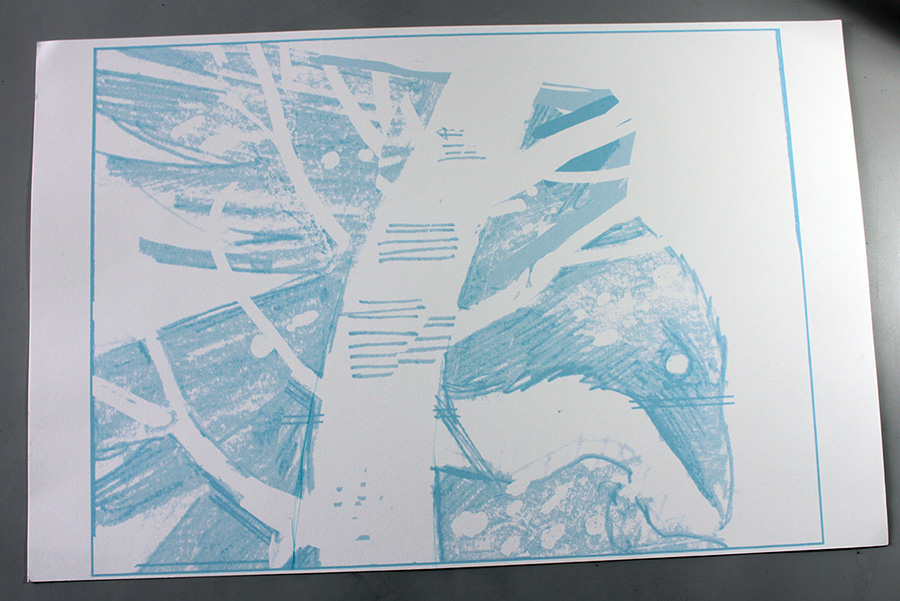 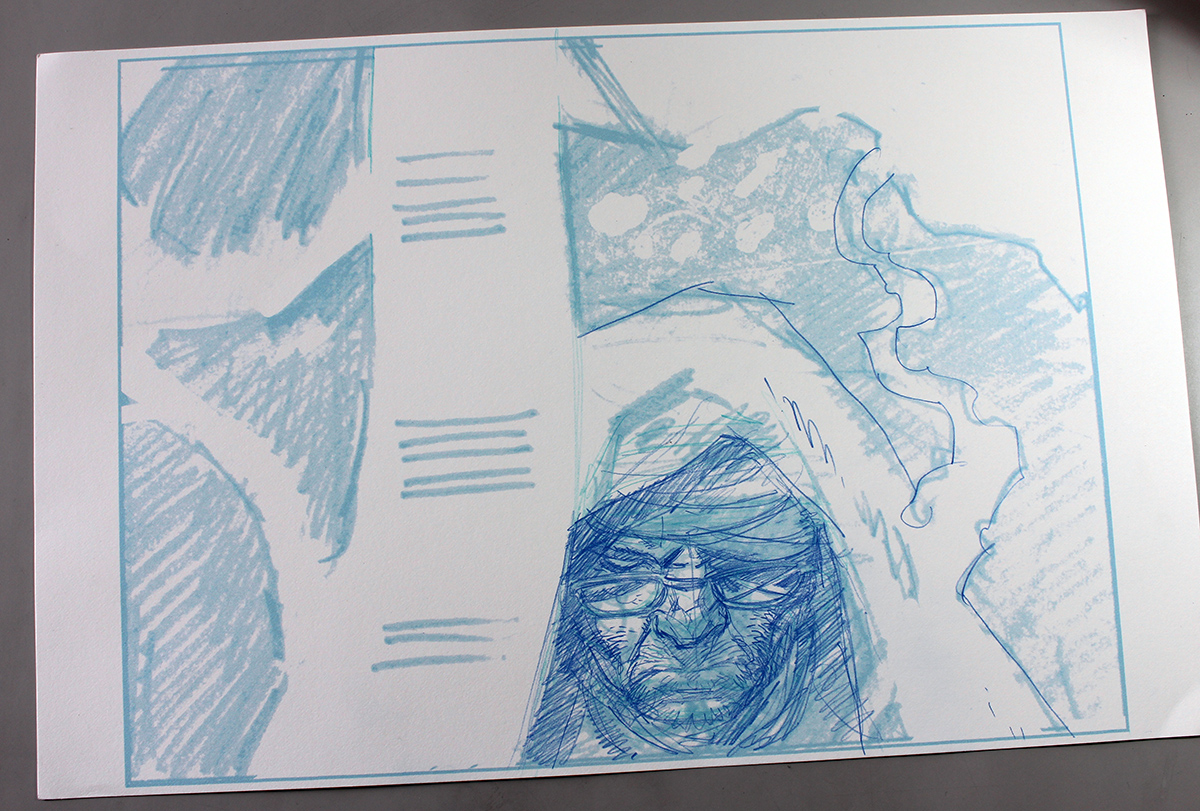 And here’s Jean-Guy again, in much better shape than in the drawing I made. 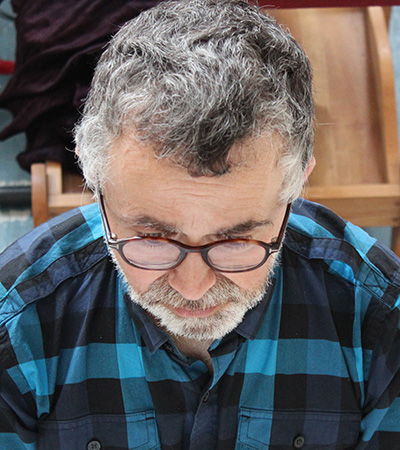 Such a simple page took a lot less time to ink than usual (no more than half an hour), therefore, the video only lasts 5 minutes or so.