Page 3 is based on a layout in two parts. Hopefully, it will read well as separate pages. Here’s the sketch which is about letter size. You’ll note that I changed my mind about the raven landing on the first (big) panel instead of the second one.

It made the first one more relevant and gave me more space for the dialogue. 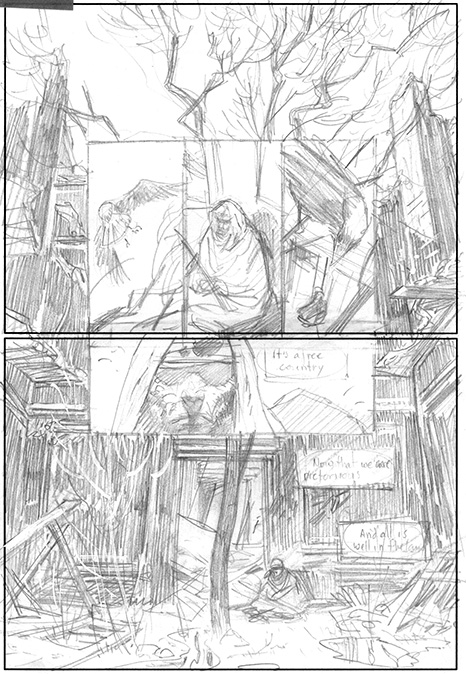 This dialogue’s look and design, established as a caption right on the first page, sets the raven as the narrator and adds a bit of distance between the action and the narration. It’s a if, by becoming the narrator, the raven is pulled out of the action and serves as a companion for the reader.

Here’s my inspiration for the man. We’re not quite sure who he is and if he’s either a tramp or a wounded soldier on the run. 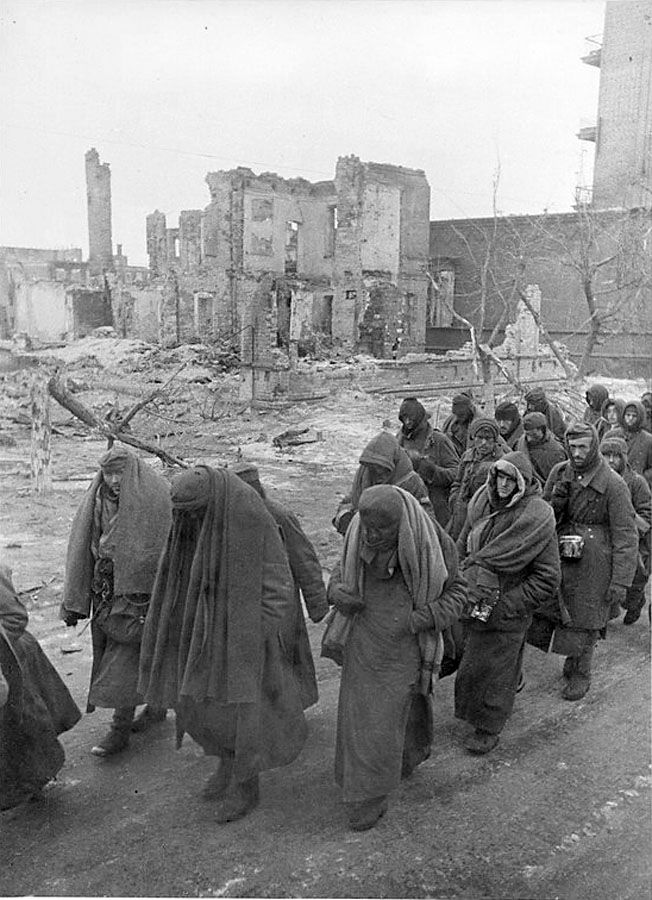 And here’s Jean-Guy, a friend from way back who was willing to become the character. I shouldn’t say more about his role in the story for now, but let’s just say he will be back. 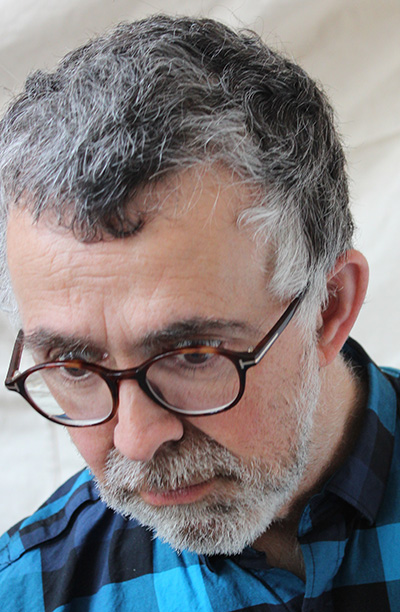